Shamil co-founded the UKSLTG and has served as chair since 2009.

Amandeep joined the UKSLTG in 2020 as Honorary Secretary following some years living in Sri Lanka where she volunteered with Samutthana.

Dorian joined the UKSLTG as Membership Secretary following six months volunteering in Sri Lanka with Samutthana where he co-ran the first CBT programme, working with the Ministry of Health.
‍

Lorna became a member of the UKSLTG in 2015 after spending six months volunteering in Sri Lanka with Samutthana, following this she joined the executive committee and took on the role of Volunteer Coordinator. 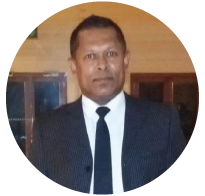 Neil joined the UK SLTG in 2014 and became part of the Executive Committee in2021. He has trained many practitioners in Sri Lanka on Mindfulness Based Cognitive Therapy.
‍

Shanty is an EC member of the UKSLTG and has provided training, consultation, and supervision to volunteers and staff at hospitals and community sites during and since the civil war in Sri Lanka.
‍

Rachel joined the executive committee of the UKSLTG in 1996 and has been a member of the UK Sri Lanka Trauma group since its inception. She has worked in partnership with numerous groups throughout Sri Lanka since the late 1980s.

Bill joined the UKSLTG in 2010. He has worked to promote the participation of mental health nursing students and individuals with historical ‘lived experience’ of mental health problems and the impact of service interventions within the volunteering programme.

Colin joined the UKSLTG in 2013. He has provided training and support to students and other professionals involved in providing mental health and special educational services in different locations across Sri Lanka.
‍

We aim to improve the level of knowledge, expertise, training and general infrastructure within mental health professionals and services within Sri Lanka.

After 2 years of consultations with Jackie and his team, Kitty became the Founder and President of Jackie Chan’s Dragon’s Heart Europe at its inception in February 2011.

Shamil, co-founder of the group, studied psychology at the University of Nottingham and City University London and following his postgraduate training in clinical psychology in 1987, has worked in the fields of addictions and genito-urinary medicine. He was until 2011, head of psychology for the Addictions Division of the South London and Maudsley NHS Foundation Trust, which is part of King’s Health Partners. He was a co-founder the British Psychological Society’s Faculty of Addiction.

Throughout his career he has worked hard to combine clinical practice with academic research. He has been and is currently involved in a number of research collaborations. His clinical and research interests include cognitive and neuropsychological aspects of addictions, initiation and maintenance of behavior change, outcome measurement, culture and substance misuse, psychological impact of trauma and the association between trauma and addictive behaviors.

He has acted as a consultant to UK Government bodies and internationally, to a number of countries.

Laura became involved with the UK Sri Lanka Trauma group whilst collaborating on research with Dr Shamil Wanigaratne. She spent time volunteering in Sri Lanka during 2011-2012. Inspired by the dedicated Sri Lankan mental health practitioners she encountered as well as the brilliant work of Samutthana, she became a member of the executive committee on her return to the UK.

Laura completed her Clinical Psychology training at the Institute of Psychiatry, King’s College London.  Prior to this she studied psychology at the University of Sussex and completed a Masters in Substance Misuse. She worked as a dual diagnosis worker within addiction and homeless services for several years where she gained experience of working with refugees and asylum seekers suffering from complex mental health disorders.

Laura currently works in a shared role as Care Pathway Lead in Waltham Forest Refugee Psychology Service at North East London NHS Foundation Trust (NELFT). She also works at the Traumatic Stress Clinic (CANDI) where she has worked for the past seven years. Between 2017-2019 she worked on a two-year project with the Psychological Outreach, Screen and Support Service for London Terrorist Incidents, working across South London and the Maudsley (SLAM) and Camden and Islington (CANDI) NHS Foundation Trusts. Previous roles have also included working in early intervention psychosis and addiction services in East London NHS Foundation Trust (ELFT) .

Laura’s clinical, research and teaching interests include trauma, addiction and working with asylum seekers and refugees. She has worked as a researcher for the reference group to the United Nations on HIV and Injecting Drug Use reviewing global policy. She is interested in global mental health policies and is dedicated to mental health capacity building in Sri Lanka through the work of the UK-SLTG and Samutthana. Laura also has a voluntary position with Medical Justice, providing medico-legal reports for detained asylum seekers.

Amandeep returned to the UK in September 2020 and is currently studying an MSc in Psychology at the University of Bristol. Amandeep also holds a BA in History and an MA in Social Research (Economic and Social History).
‍
Amandeep formerly worked as a Strategy Consultant for 8 years’ operating internationally with predominantly FMCG clients. In 2017, Amandeep spent 6 months living in Uganda supporting entrepreneurs in the informal sector to scale their businesses in collaboration with Citi Foundation.
‍
More recently Amandeep headed up the development of a non-alcoholic drinks brand in Asia Pacific which led her to live in Sri Lanka. During her time in Sri Lanka she volunteered with Samutthana, the Sri Lankan partner of the UK SLTG.

Gamini studied at St Anthony’s College, Kandy, Sri Lanka. He migrated with his family to the UK in 1974. Initially he worked in the warehouse and distribution sector and qualified as an Institute of Transport professional. He also holds a diploma in Computer Science from the University of Central London. He had a long career in the financial sector including working for companies such as Solomon Brothers and Lehman Brothers in the City.

Following his retirement, he returned to Sri Lanka for a few years where he volunteered at Samutthana, the Sri Lankan partner of UK-SLTG as a consultant on IT and financial management matters and assisting the CEO, from 2015 to 2019.  He returned to the UK in 2019.

Dorian is the membership secretary of UKSTG. He is an NMC registered nurse, having trained in general nursing, mental health nursing and health visiting, and a systemic psychotherapist, graduating from the Institute of Family Therapy in 2000.He is currently employed by Whittington Health NHS Trust as a consultant psychotherapist and clinical lead of the Haringey Lets-Talk IAPT primary care psychological therapy service, and as Head of Nursing, Quality and Prevention Services. He has a wide range of NHS clinical and management experience over the last 30 years within Child Mental Health and Child Welfare, Adult Mental Health, Acute Hospital and Primary Care Settings.
In 2015, he spent six months in Sri Lanka volunteering with UKSTG and working with Sammuthana, co-running their first CBT training program, working with the Ministry of Health in their enhancing nurse training programme, and working with the mental health team in Vavunuiya in helping to set up their new child mental health service amongst other projects.

Lorna is currently working within the NHS as the Lead Psychologist for liaison psychiatry services across Barnet Enfield and Haringey NHS Mental Health Trust and Clinical Lead for Staff Psychological Wellbeing at North Middlesex University Hospital.

In 2015 Lorna spent six months volunteering in Sri Lanka with Samutthana and on her return joined the executive committee.

Lorna has over 20 years’ experience working in the NHS, involved in clinical practice, leadership, training and research in a range of clinical settings. She is currently the Psychology Representative on the Royal College of Psychiatry Liaison Psychiatry Faculty. Previously Lorna has worked as a Senior Lecturer on Counselling Psychology DPsych programmes and has been a Course Director for an MSc in CBT. Her areas of expertise include the psychological impact of trauma and psychological medicine.

Neil DS Lekamge is currently a Psychologist &amp; the Mindfulness Lead in his healthcare trust within the NHS UK.
‍
In the past he has facilitated Mindfulness Based Cognitive Therapy (MBCT) trainingto over 50 participants in conjunction with Samutthana and plans to do furthertraining in the near future.
‍
He joined UKSLTG in 2014 and became an executive member in 2021.His main hobby is teaching and practicing Meditation &amp; Yoga. He currently resides inthe county Essex in the UK.

Shanthy qualified as a Doctor from the faculty of Medicine, Colombo in 1966 and left Sri Lanka in 1972 for postgraduate studies first to the U.S.A and later to the U.K. She completed training in Psychiatry at St Georges University Hospital in London and worked as a consultant in Child and Adolescent Psychiatry for over 25 years until her retirement in 2006.
‍
Shanthy’s interest in Charity work was facilitated by the Sathya Sai Baba Organisation, medical branch which provided Shanthy the opportunity to work in Zambia, India and Sri Lanka as a medical volunteer. In 2002 Shanthy was able to work in both Jaffna and Vanni district with other organisations e.g. UNICEF. Later having joined the UKSLTG as an Executive Committee member she has continued to work in a voluntary capacity with people traumatised by the ethnic conflict and the Tsunami. In addition to direct work with the affected people Shanthy has been able to provide training, consultation and supervision to workers (teachers, NGO's, INGO's, volunteers) and also participated in conferences to present the work of the organisation.
‍
Following retirement Shanthy works part time for the Ministry of Justice as their medical member for the Mental Health Review Tribunals. Retirement has given her time to pursue other important charity work with Child Aid Lanka and The Tamil Women’s Development Forum in U.K.

Professor Rachel Tribe is Professor of Applied Psychology at the School of Psychology, Centre for Psychiatry, Queen Mary, University of London, she is currently a trustee of three international mental health charities. She is a Fellow of the British Psychological Society. She has over 30 years’ experience of developing clinical services and conducting research both in the UK and abroad. She is active in national and international consultancy and training work. She has experience of working in the private, public, charity and academic sectors. She has worked clinically with a range of diverse communities in a number of countries She is currently working on her 7th edited book.

Coming from a background of mental health nursing, Bill has been working in mental health and social care education for the past 21 years. He retired from his tenured post as a Senior Lecturer at the University of Brighton in 2015 where he taught across the full range of pre-registration and undergraduate mental health nursing and post graduate health and social care courses including the supervision of interdisciplinary research students at masters and doctoral level. Post retirement, he remains engaged professionally and as a member of the UK branch of the International Society for the Psychological and Social approaches to the Psychosis (ISPSUK), is the Southcoast Network
co-ordinator and annual conference organisor.He has been a member of the UK Sri Lanka Trauma Group Committee since 2010 and has been involved in educational consultancy work with the group between 2004 – 2009. His current remit within the group is to promote the participation of mental health nursing students, qualified mental health professionals and individuals with ‘lived experience’ of mental health problems in the volunteering programme.

Towards the latter part of his career, Colin held specialist posts concerned with Children looked After, working closely with foster carers and Social Care Services. He developed an interest in attachment and trauma and ended his career as Clinical Lead for a CAMHS Team.
‍
Since retiring he has been involved with another international NGO, and has helped to develop and deliver training in Psycho-Social Support for teachers and para-social workers in areas of conflict in Ethiopia.